The Pedique toenail replacement is a cosmetic improvement to damaged and unsightly toenails. It could also be described as a prosthetic nail replacement or gel nail. The specially designed gel is specifically for use on the feet and is an acrylester (not an acrylic) bonded permanently to the exposed nail where it usually remains until it grows out. You need some nail to bond the pedique on to, if you have no toenail then this technique is not suitable (we do not know of any alternatives for this when there is no nail). This can last from between 2 months and an average of 6 months. It usually requires some shaping and tidying over time depending on how the nail underneath grows and moves the pedique.

The pedique nail is non-toxic, non-absorbent, slightly flexible (so it is less likely to crack in shoes) and shaped to fit your nail. This is in contrast to the nail wraps or acrylics that are glued or bonded to the nails in salons which can be too brittle or damage the nail. They can also allow moisture between the layers of nail causing damage. The pedique has antifungal properties so inhibits any growth.

This treatment can be applied to any nail condition provided there is a nail to attach to – loosely attached or lifted nails, damaged nails and thick or fungal nails that don’t grow fully or are deformed are transformed with the pedique nail replacement.

It takes 15-30 minutes to prepare the old nail and apply the pedique and it is ready for varnishing immediately. The nail is hard and set before you leave.

Watch a nail being constructed here:

Fungal Infected Toenails: Pedique will instantaneously improve the look of the nail, and will help keep the infection at bay being covered over. It will also stop any tenderness by being a protective cover. We would usually thin and remove as much fungal debris before applying the nail. The pedique gel nail has anti-fungal properties though has no treatment ability.

Traumatised Toenails: Pedique will instantaneously improve the look of nails that have been damaged by being stubbed/bruised while playing a sport, wearing tight shoes or just simply being trodden on. It will also stop any tenderness by being a protective cover. Temporary damage for example after running the marathon, tight shoes or stubbing can be rectified whilst the new nail grows underneath though if the nails are completely healthy we discourage using Pedique for too long since any external cover to the nail could have a small risk of damaging it.

Absent Toenails: Pedique is applied to an existing toenail. Unfortunately if there is no nail then we cannot affiliated this to anything. We have tried in the past and it lasts no more than a day or two at most and then would be stuck with nail adhesive. This is a very short term fix at best. There are no known cosmetic techniques that we are aware of that can replace a nail that is absent.

The Pedique can be applied to mens nails too though they are not usually covered with varnish making it look less natural. We will do our best to mix the colour to try and match. It tends to look better than a discoloured infected nail and also seals the nail. 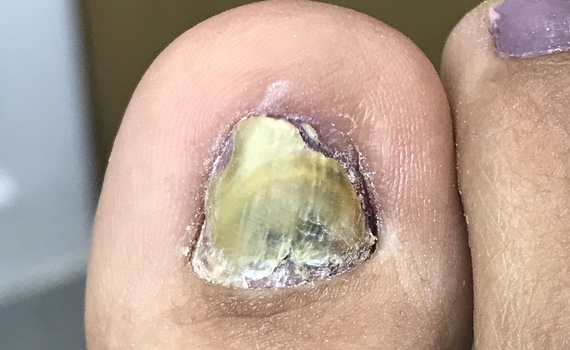 This patients has a fungal nail infection and damaged nail that doesn’t grow properly. 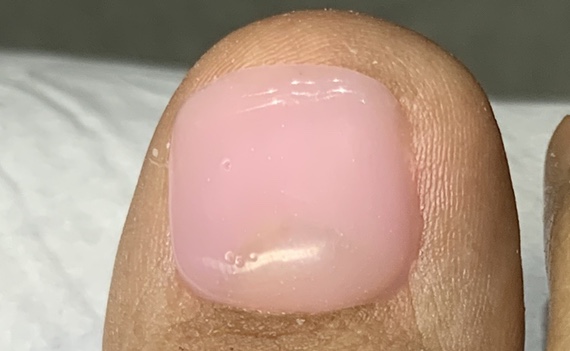 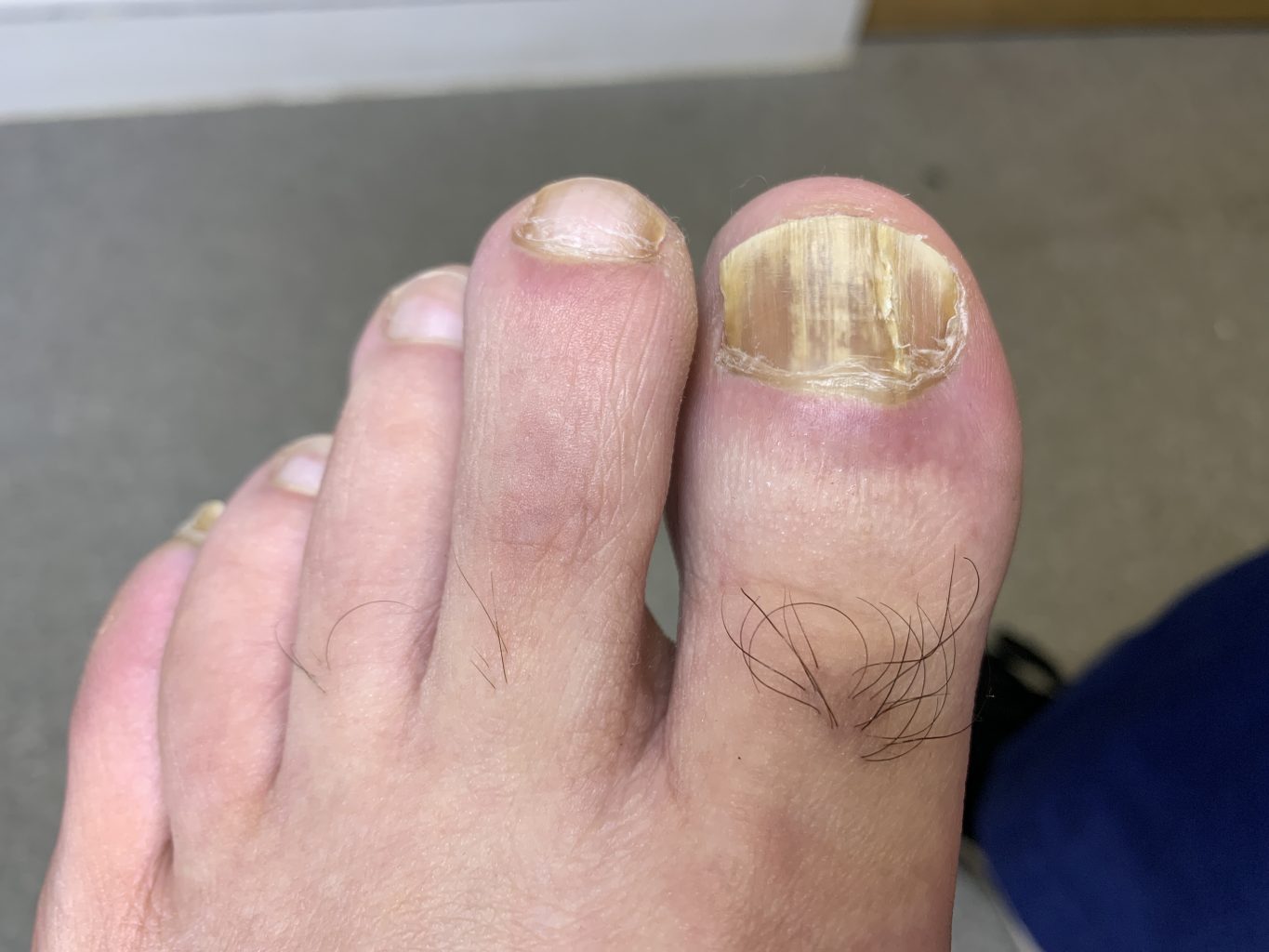 This gentleman was going on holiday and wanted the fungal discolouration covered up. 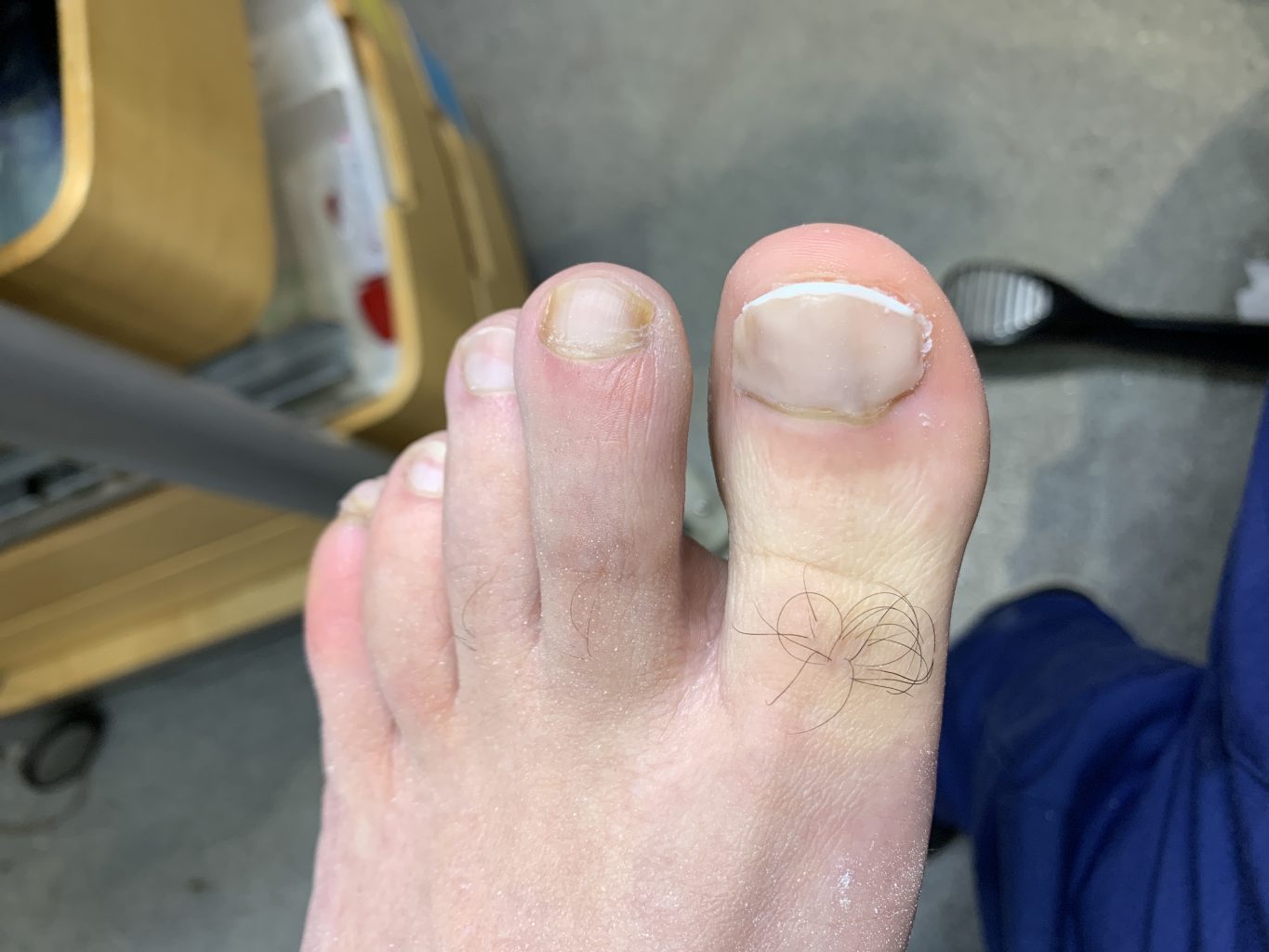 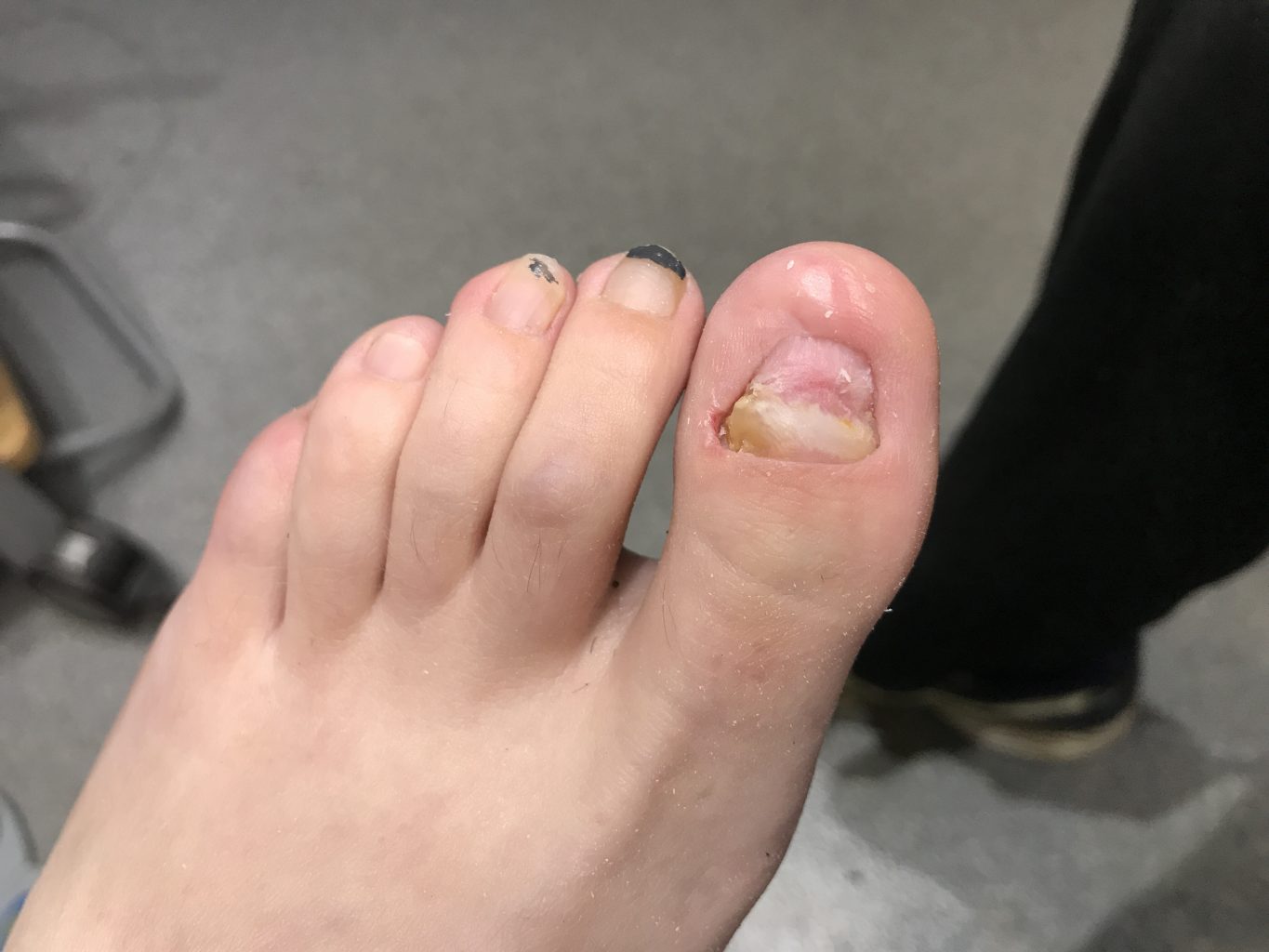 This patients nail gets very thick when left for a long time leaving grooves in the skin. 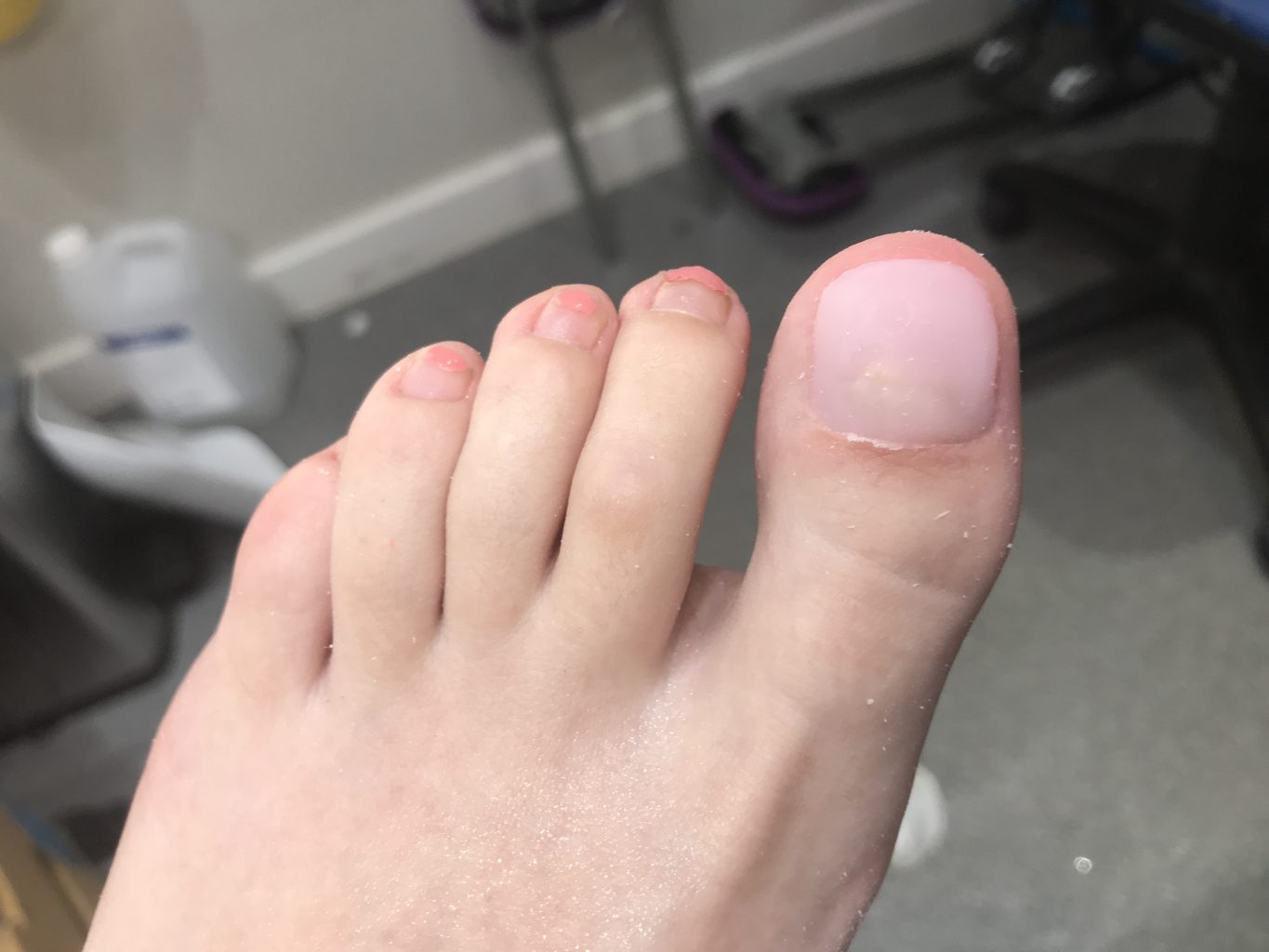 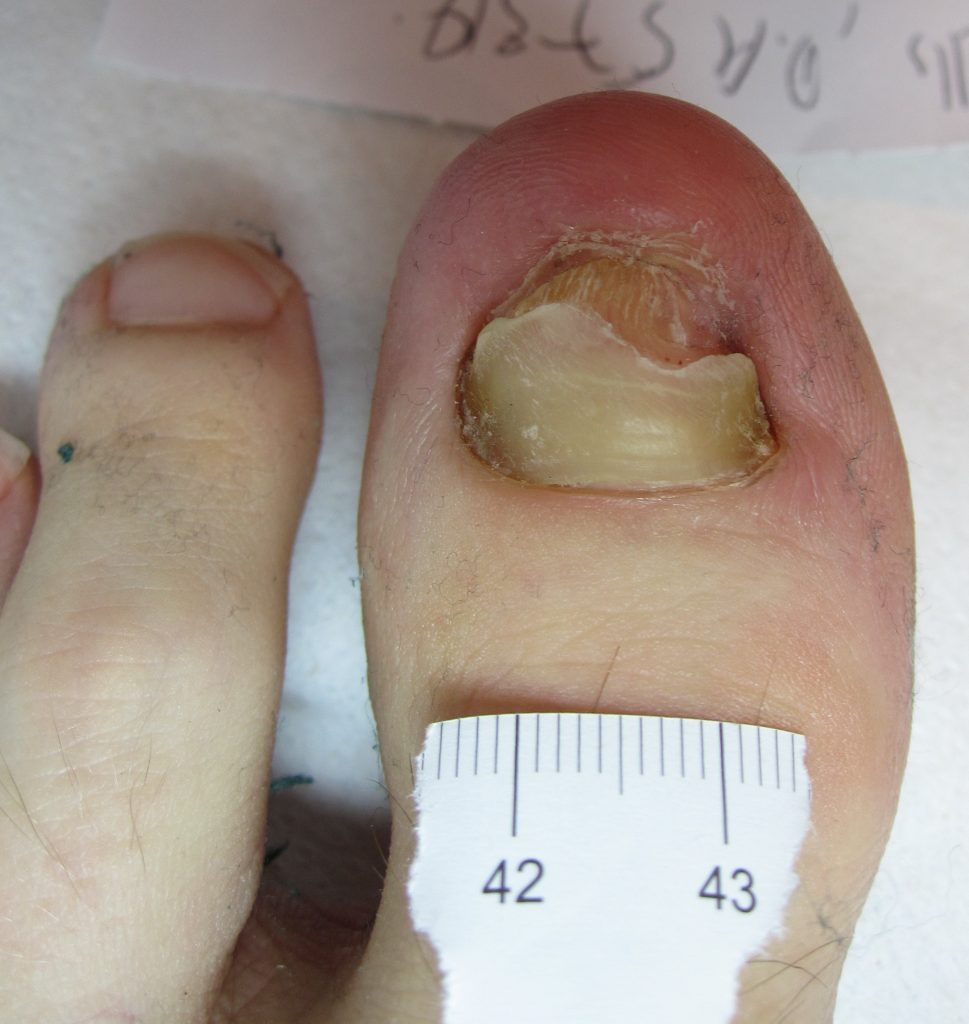 This man has damaged the end of his nail and was also going on holiday and conscientious of the look. 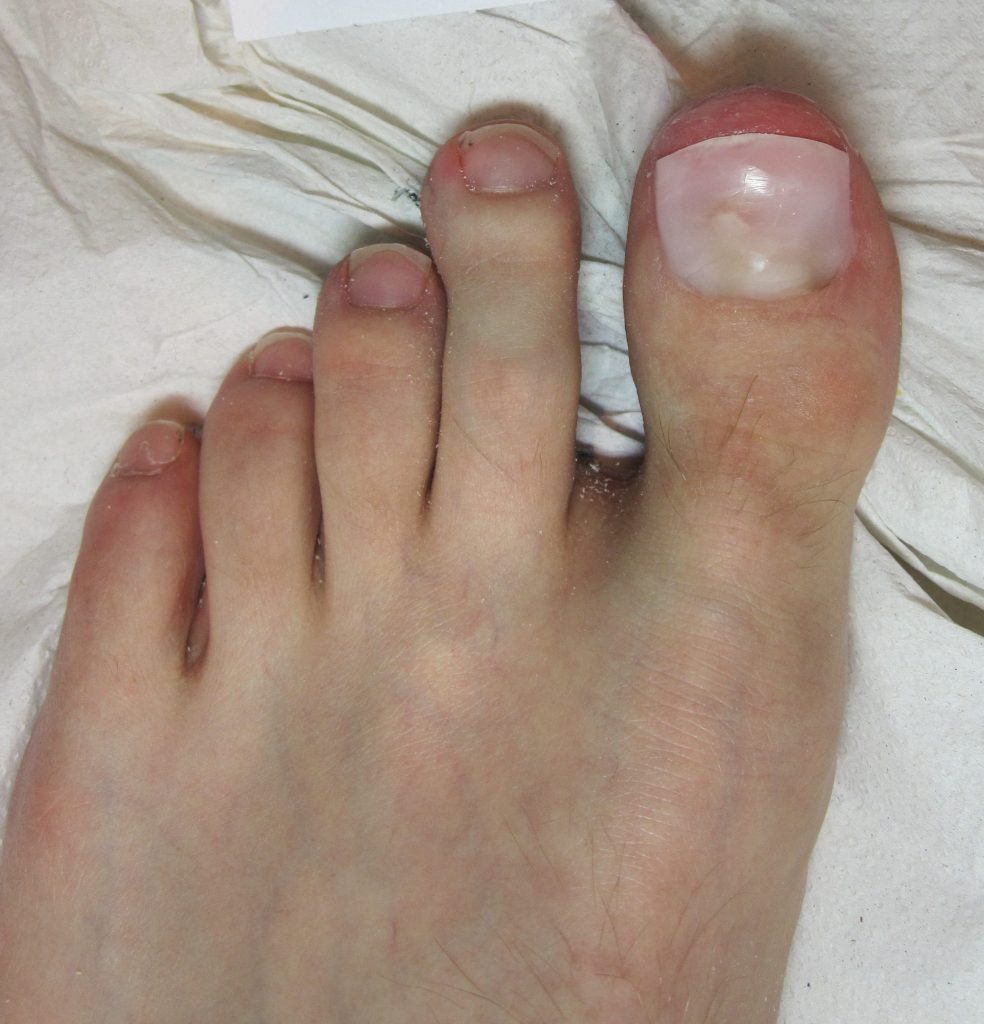 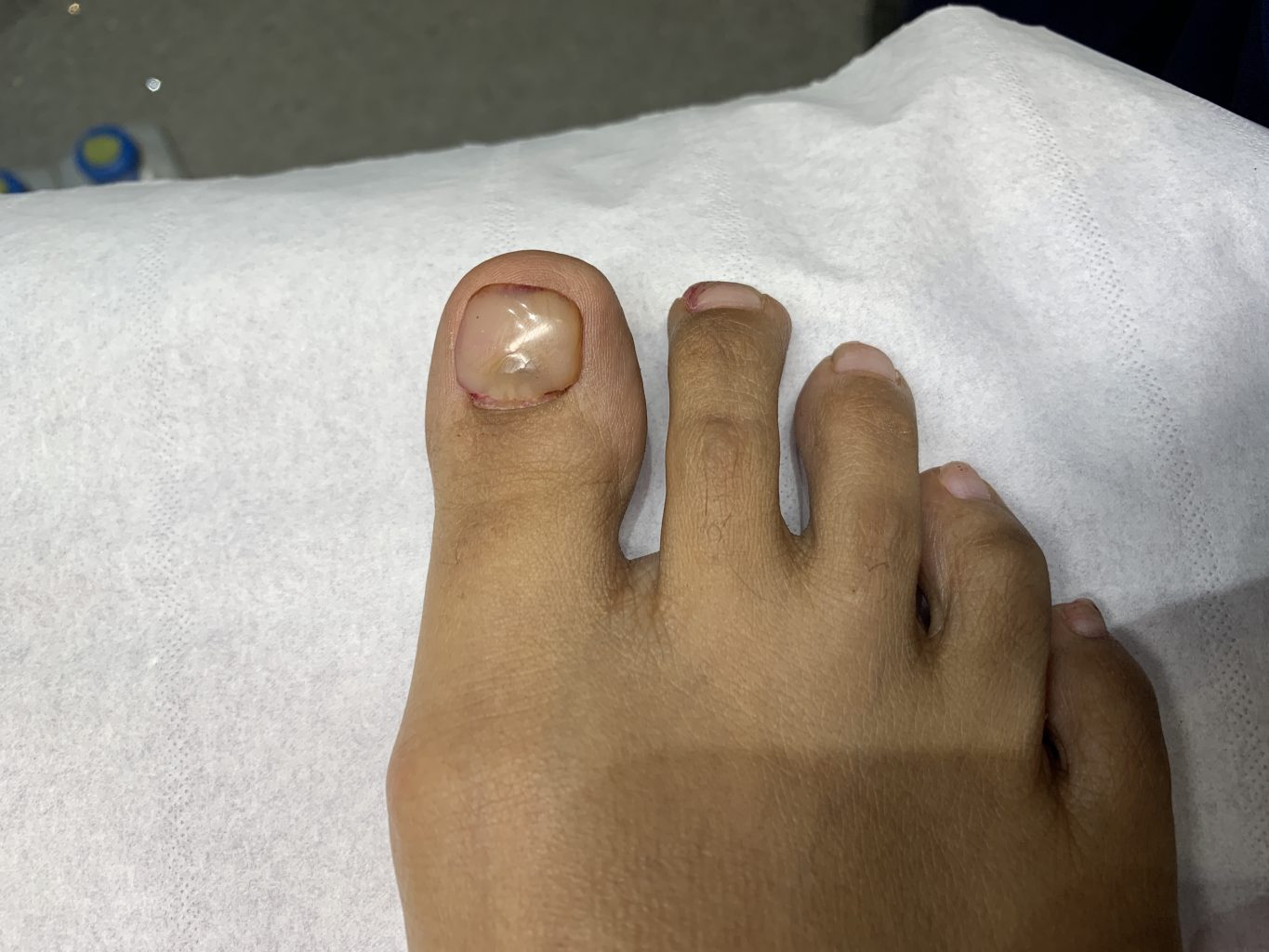 This patient has a damaged nail. This is how it looks after 3 months after the Pedique 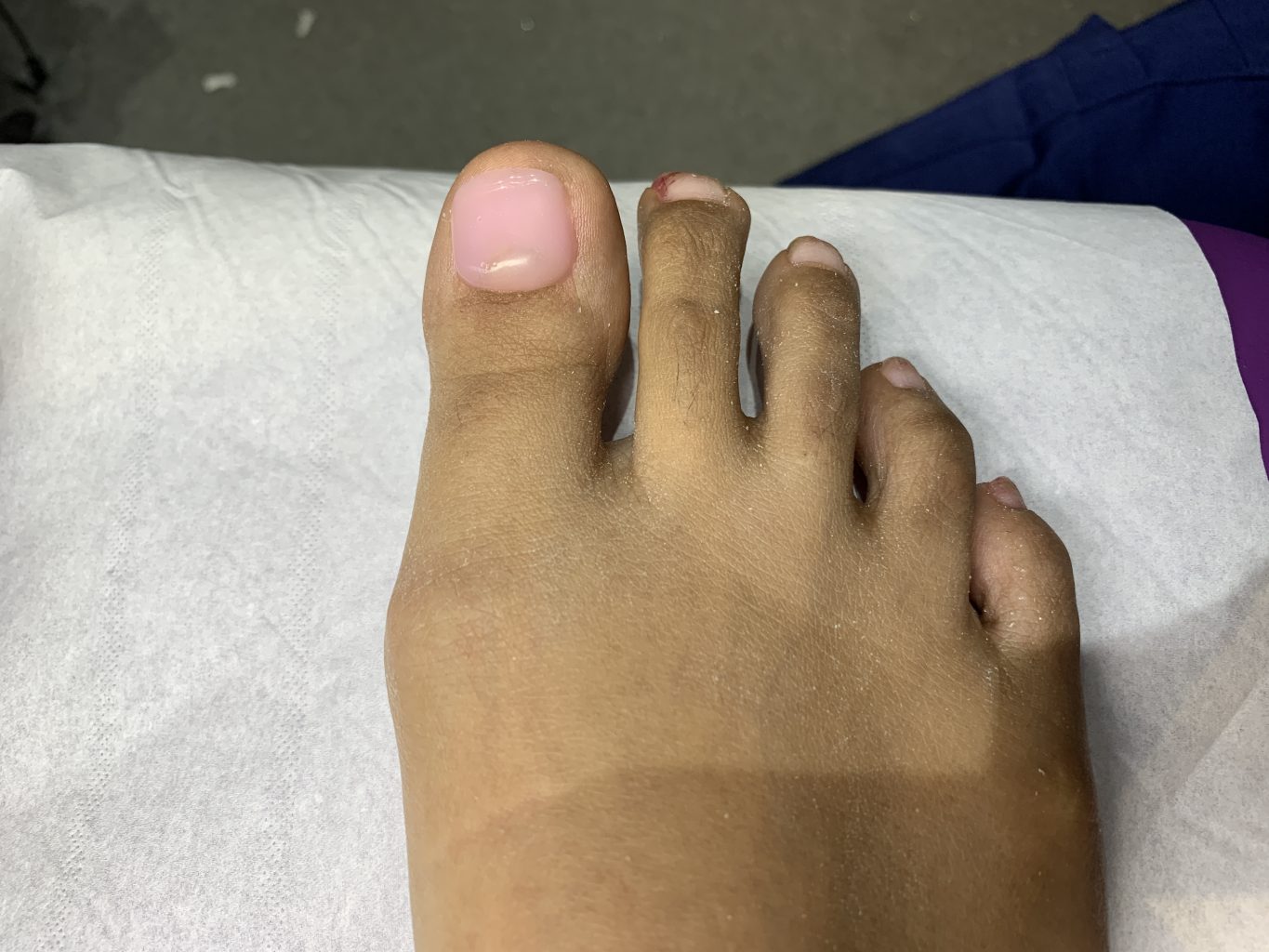 This is after the old pedique has been removed and replaced. 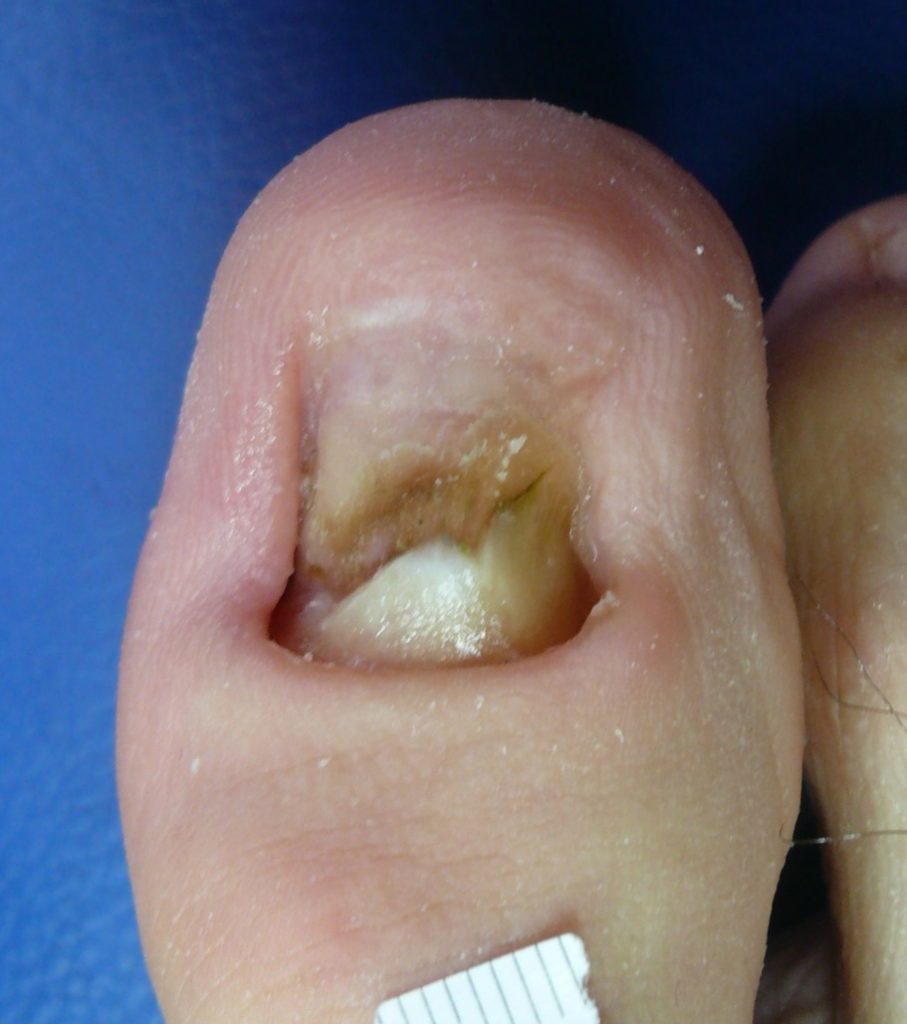 This gentleman has severely disfigured toenails that grow very thick and affect the skin due to the pressure. 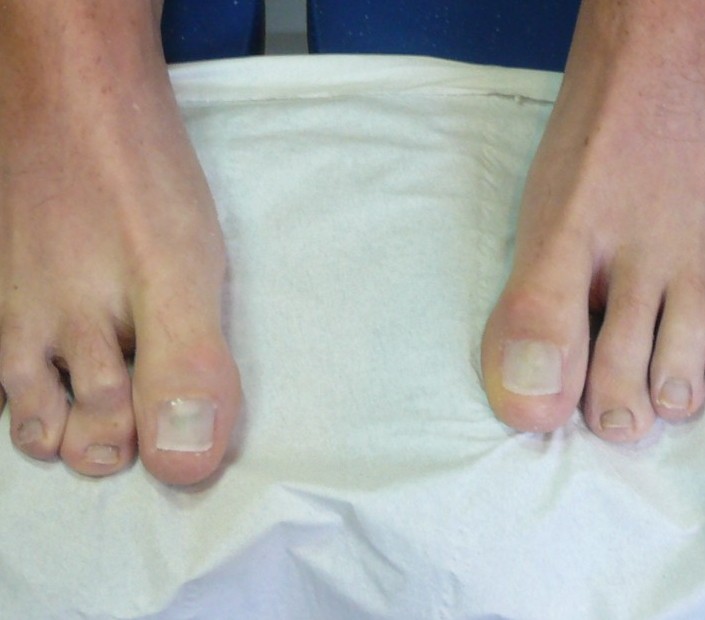 This gentleman has had both his nails replaced.

You can find out more about which cookies we are using or switch them off in settings.

This website uses cookies so that we can provide you with the best user experience possible. Cookie information is stored in your browser and performs functions such as recognising you when you return to our website and helping our team to understand which sections of the website you find most interesting and useful.

Strictly Necessary Cookie should be enabled at all times so that we can save your preferences for cookie settings.

If you disable this cookie, we will not be able to save your preferences. This means that every time you visit this website you will need to enable or disable cookies again.